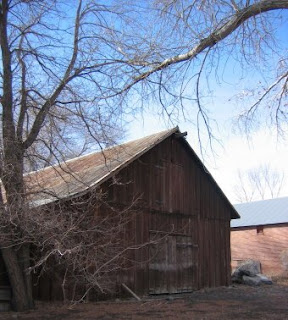 Not much remains of the 19th century town of Glendale. Once one of the Truckee Meadows most vibrant communities, Glendale has nearly faded away.

Glendale traces its beginning to 1857, when a trading post was erected to serve emigrants crossing Nevada to reach California. In 1860, a bridge was built over the Truckee River at Glendale and a small settlement formed.

By the late 1860s, Glendale had a couple of stores, a blacksmith shop, several saloons, a small hotel, and a school.

In 1868, Glendale residents thought that the Central Pacific Railroad might locate its main facilities in their hamlet. Their hopes were dashed, however, when the railroad’s surveyors showed up immediately after the Truckee had overflowed its banks and found water in many of the buildings.

Instead, the railroad chose to establish the town of Reno as the site of its operations and by 1869 many of Glendale’s businesses relocated to the newer community.

The two best preserved survivors of the town, which was located near the intersection of McCarran Boulevard and South Stanford Avenue in Sparks, are an old barn still standing on the town site (an historical marker near the barn notes the town’s location) and the Glendale School.

The barn, still used, is a sturdy wooden structure with a rusted metal roof. The barn sits on private property so don’t trespass.

The Glendale School was built in 1864. In the 1970s, the building was moved to the Reno-Sparks Convention Center site in South Reno. A few years ago, however, it was moved to the Victorian Square in Sparks.

The school building is not only the oldest in the state, but is said to have the distinction of having been used as a school longer than any other in Nevada (until 1958). Its alumni include U.S. Senator Pat McCarran, once one of the state’s most powerful politicians.

Adjacent to the Glendale School is Locomotive No. 8, built in 1907 by the Baldwin Locomotive Works. The ten-wheeler was one of the last steam engines to operate on the Southern Pacific line and was retired in 1954.

Attached to the engine are two historic Southern Pacific train cars, including a 1911 Pullman Car, said to have been used in 1948 by President Harry Truman on the successful whistle-stop campaign that helped get him reelected.

The city of Sparks was established in 1905, following relocation of the Southern Pacific Railroad's main division point from Wadsworth to Sparks. The railroad rerouted its tracks along the eastern Truckee River corridor to eliminate several dangerous curves and grades.

The railroad originally looked at Reno for its new shops, but went east because of cheaper land. A passenger station and freight yard opened in 1905.

The town began to develop around the railroad’s facilities. Many railroad employees who had worked in Wadsworth were sold lots in the new community and moved their homes to Sparks.

The new town was originally called “East Reno” for a short time, then “Harriman,” after E.H. Harriman, owner of the Southern Pacific Railroad. Finally, in April 1904, Harriman decided to name the community in honor of Nevada’s popular Governor John Sparks.